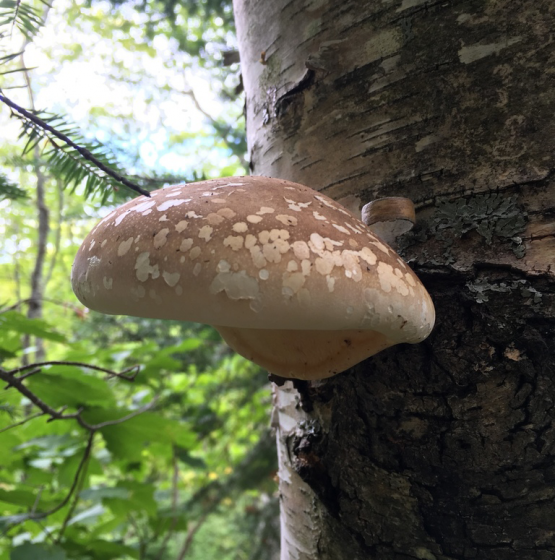 Grow your own edible and medicinal Birch Polypore mushrooms with liquid culture syringes!

Piptoporus betulinus is a polypore mushroom and is known as the birch polypore
as it mainly grows on birch trees. It can be found in colder climates such as in
North America and Northern European countries. A mummy that was discovered
in the Alps in 1991, thought to be more than 5000 years old, showed evidence
that it had been buried together with this mushroom. It is known to be an ancient
fungus and was used as tinder since its embers can hold a flame for a long time.
Also having medicinal benefits, it was used to get rid of parasitic worms by acting
as a laxative. These days, it is being researched as a potent medicinal
mushroom for it hosts a series of compounds that help fight numerous ailments.*

The life span of the Birch polypore is usually beyond twelve months. The caps of
this mushroom range in color from white to brown. The surface of it’s pores also
range between white to a greyish brown. Although it is not harmful to eat, the
mushroom is quite bitter and is usually taken in tinctures or teas.

Out-Grow is proud to present a full line of edible and medicinal mushroom
cultures. Economically priced so that everyone can enjoy the wonderful hobby
and benefits of mushroom cultivation. Our cultures are made by experts and are
100% clean and viable.

RECENTLY VIEWED
Reviews
Write Your Own Review
To Top