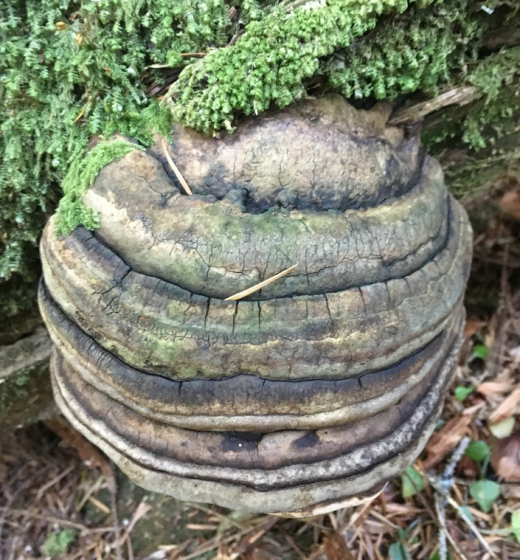 Grow your own edible and medicinal Agarikon mushrooms with liquid culture syringes!

Found in the old growth forests off the coast of America and in Europe, Agarikon may be the oldest mushroom in the world. It is described as the "elixir of long life" by the Greek physician Dioscorides in Materia Medica, the first known herbal medical manual dating back to 65 A.D. Indigenous people used it to fight various ailments including coughing illnesses, asthma, rheumatoid arthritis, bleeding, and infections. It is now being researched for its potential in fighting tuberculosis, swine flu, bird flu and herpes.

Laricifomes officinalis is a perennial polypore that emits spores from it's underside each summer. It is a wood decaying mushroom that causes brown-rot and can grow to be very large beehive shaped conks. The mushroom is yellowish when young but soon becomes white with red and grey coloration as it ages. American mycologist Paul Stamets' research has found that it's actually the cultures rather than the mature fruiting bodies that are the most potent. Agarikon can be cultivated on supplemented saw dust. Although Agarikon (Laricifomes officinalis) has a bitter taste, it is sought after for its medicinal properties and is a wonderful culture to have in your collection.

The Uses and Benefits of Agarikon Mushrooms

Though Agarikon mushrooms have not yet been approved by the FDA as having medicinal value, a variety of studies on the effects of consuming these mushrooms have yielded positive results.

Several supplements that include this mushroom as an ingredient were found to offer some relief to cancer patients. It was shown isolating cells in patients diagnosed with brain, lung, and colon cancers. After consuming Agarikon, the cancer patients' bodies transformed into a place where harmful cells would not want to be. This is likely because the mushrooms have compounds such as polysaccharides and antioxidants.

In addition to cancer, these mushrooms may also help you fight off the flu.* Other antiviral treatments were found to be less effective. The compounds in Agarikon mushrooms have proven to be effective in treating flu even more so than ribavirin, the typical method of treating the common flu.*

Research found that respiratory issues such as tuberculosis may also be successfully treated by ingesting these mushrooms.* A substance found in the mushrooms, called coumarins, can help relieve the symptoms of conditions such as pneumonia, bronchitis, and asthma.

These mushrooms can also act as an anti-inflammatory. In ancient times, the extract from Agarikon was used to treat pain in the joints and muscles. It is also used to stop bleeding and to treat various types of wounds, as well as to treat cases of rheumatoid arthritis.*

How to Take Agarikon Mushrooms

Agarikon mushrooms, generally taken orally in the form of a capsule, tea, or dried and ground into a powder, may bring you relief for general aches and pains.* The recommended maximum dosage per person is no more than seven to 10 consecutive days.

Grow Your Own Agarikon Mushrooms