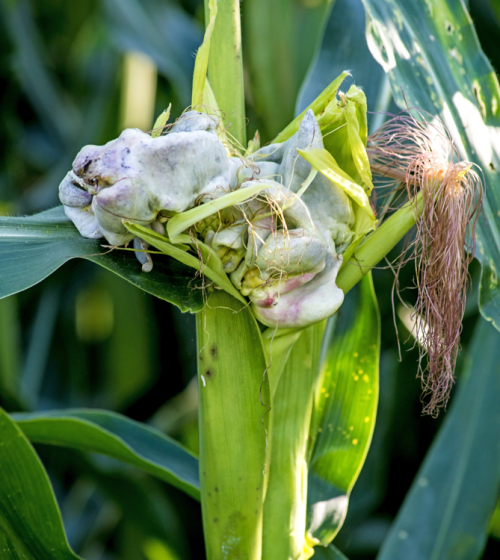 Grow your own edible and medicinal Corn Smut mushrooms with liquid culture syringes!

Ustilago maydis or Corn Smut is a fungus that feeds on corn causing tumor-like galls. Throughout most of the world, it is considered to be troublesome, however in Mexico, it is considered to be a delicacy. Native Americans have used Corn Smut in an attempt to induce labor and it has shown some medicinal potential. It has been shown to help with the following symptoms:

Corn Smut is characterized by tumor-like galls that form on the growing tissues of corn forming dark masses. When young, it can be harvested to be eaten and is described as having a mushroom-like, sweet, savory, woody taste. The ideal time to gather it is two to three weeks after the ear of corn has been infected.