The Role of Mushrooms in the Food Chain 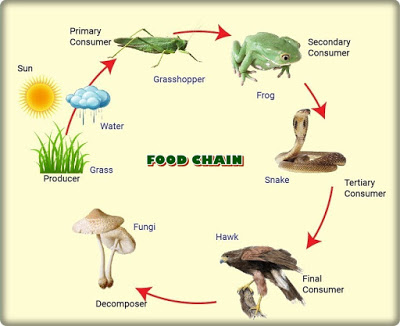 Mushrooms are neither plants nor animals. They belong to different living organisms known as fungi. What is popularly known as mushrooms is the edible spore-producing part of fungi that is found above ground. While most people know the role of plants, herbivores, and carnivores in the ecosystem, mushrooms are often unappreciated. Keep reading to find out where mushrooms fit in the food chain.

Decomposition is arguably their most important role in an ecosystem. They recycle nutrients back into the ecosystem. The scientific term for this process is saprophytes. Without fungi, forest floors would be teeming with piles of dead wood and animal carcasses. Fungi are the only organism on earth capable of degrading cellulose found in wood. Different fungi species decompose different compounds. For instance, the brown rot fungi only degrade the white-colored cellulose in wood and leave the brown cellulose intact. Decomposition releases nutrients back into the soil, which is used by plants.

Fungi can exist underground for years. But when the conditions are right, they produce a spore-producing organism we know as the mushroom. Although mushrooms grow strictly for reproductive purposes, people find them tasty. And we are not alone. Other animals like herbivores also enjoy feeding on mushrooms. A good example is a long-nosed potoroo, which is native to Australia. This mammal strictly survives a diet of fungi fruiting bodies. Other animals like the caribou only eat mushrooms during winter when plants are unavailable.

A symbiotic relationship is one in which both organisms benefit. Mushrooms are naturally incapable of photosynthesis due to a lack of chlorophyll. To survive, some fungi species partner up with plants. For instance, Mycorrhiza lives in plants' roots and benefits from the plant's energy and carbon. In return, the fungi break down compounds and provide nutrients to the plants. Other fungi species are known as lichen teams with cyanobacteria. They provide shelter while the bacteria provide energy through photosynthesis. If any party doesn't do its part in symbiotic relationships, both the fungi and host dies.

Not all fungi contribute positively to the environment. Pathogenic fungi decompose live tissues on plants and animals. The effects of pathogenic fungi can be devastating to the host plant. It usually leads to a loss in crop yield. A good example is the "Witches Broom Disease," which is caused by Monoliopthora perniciosa. These fungi infect cocoa plants when they still shoot. The effect is that the leaves turn from green to brown. According to Scientific Electronic Library Online (SciELO) research, their infection can reduce cocoa yield by up to 90%. A more familiar example of pathogenic fungi is the black spots that attach roses. In addition to being parasites, some fungi species produce dangerous mycotoxins. The National Library of Science estimates that 7,400 cases of mushroom poisoning are reported every year. This can result in mushroom poisoning if you misidentify the edible variety.

Hopefully, you now appreciate the wide roles that mushrooms play. Without mushrooms, plants wouldn't decompose, and without plants, most living things would perish. While most of the contribution to the ecosystem is positive, there is the bad. We hope you never have to learn about that the hard way.